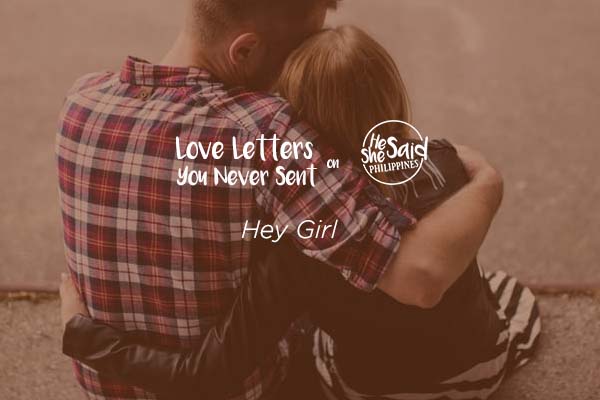 by Miss Almost | shared on He Said, She Said |

I don’t know you yet but please be extra caring and understanding to him.

Sometimes he’s very moody like a girl who has a period, but please understand him. Just make him laugh and happy and he will be good to you.

When he sends you a text or a message reply to him so he’ll know you care.

He’s afraid of heights so if you gonna go to a ferris wheel, hold his hand on top of the ride so that you can calm him down.

When you’re stressed and bored, tell him that so that he can understand what you’re going through.

If you want to have great bonding, bring him to Timezone. He likes that tap-tap game from Japan.

Sometimes when you walk together, he’ll be the one walking very fast, it doesn’t mean he wants to leave you, it’s just that he walks that fast. hahaha.

When you at a grocery store, don’t get his grocery basket. He’s uneasy when someone’s holding his basket.

Sometimes when he’s depressed or stressed out, just hug him so that he will be better.

When he wants to tell you something from his work, friends or family, just pay attention to him not on your phone so that he knows you care about how his day is going.

He like songs of Willie Revillame, Vhong Navarro, Joey De Leon and many other novelty songs, (but its not that obivious) just sing a long with him.

He likes that Boys Night Out radio show. So if he turns the radio on, don’t change the channel. Just listen to it too, you’ll like it as well.

Just be very extra patient, understanding, caring and most importantly be honest on what you feel about him so that he will not get hurt.

Please appreciate all the things he will do for you. You’re now the girl from his future.

So one big goodluck on that. Hope you’ll stay and he’ll be with you for a very long time.

– A girl from his almost relationship