Home Love Letters I Loved, But You Didn’t 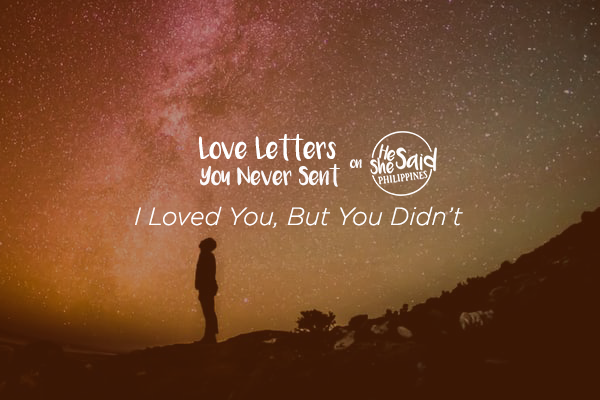 After I woke up from a short nap, jaded and feeling a bit under the weather, I prepared myself for the next class.

Later, I saw these students approaching me, holding their colorful little chicks. They know I love animals. I wondered, how can I be like them, to forget easily some of the bothering things, responsibilities and even the unspoken words that still haunts me every time it slides on my head. It’s so unusual for a typical twenty-one year old woman if you’d wonder.

I asked, how can I bring back my old self? Child at heart and happy even just for a minute at the scene of these colorful little chicks.. I sighed. I want it. The chicks. The laughter. The happiness. The responsibilities. The people around me who builds my strong self. And you. I want you.

After all the things I uttered, you were still the irritating image I have longed to see and willing to erase. Still, it was you.

After I have seen the reality and even things were slowly slapping me, it was still my idiotic fantasy I constantly hoped for that things will go right again the way it was before. Like how I stitched my doll’s detached arm.

Too late, you had your hand held by a new one whom before it was mine. I thought I was right, that I can handle things in my will, that I could control anything, twist and renew everything for the purpose of betterment.

I don’t believe in destiny. Because it’s a matter of choice and not a chance to be waited.

You didn’t choose me, and I did wait…for nothing.

What we did has just reached a certain parameter. It was an ended race where the goal was not met. I realized, that even if how much effort you exert, it just won’t be the product you’d expect. Your output. Your imagined destiny. Your unreciprocated standard.

You were the first person I tried to defend to the meticulous, judging eyes. Because I believed I took this kind of bond seriously responsible.