Home Posts Francis Kong: Teaching Today’s Leaders How To Level Up Their Game 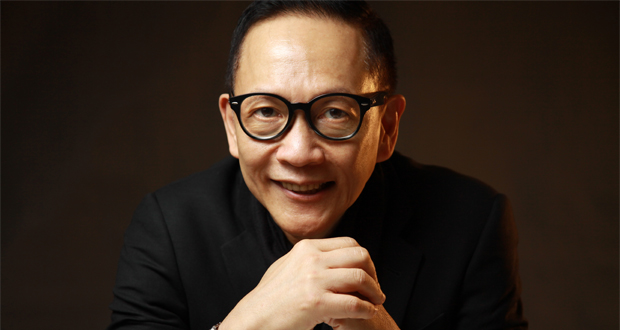 These were the words that caught my attention as one of the country’s most respected business speakers started to share his journey during our sit down interview. I’ve felt the determination he had when he was just young. And, that determination made me think, “Am I doing my best now?”

As we continue to talk about his life and career, I realized how his journey can inspire today’s leaders to level up their game.

Who would have thought that one of the most respected business speakers of the Philippines was once a hard working employee that went through complexities in life? Yes, you read It right. The thriving businessman, columnist, broadcaster, book author and inspirational speaker, Francis Kong, was not an exception to the realities in life.

One Thursday morning, I was privileged to have the chance to discover who Francis is before he began to share the limelight. Born in a Chinese community, Francis was the eldest among the four siblings. He admits he’s not close either with his parents or siblings. Because of this they have their own strategies in life.

Just like normal teenagers, Francis struggled during his high school days in a Chinese school; but he survived during college, and even graduated with flying colors. This feat marked the start of his ambition of getting into business.

From employee to entrepreneur

Francis’ firs job after graduation was an Executive Assistant to the President of a cement corporation, with a very low compensation. In just a span of one and a half years, he was promoted four times. But because this wasn’t the life he wanted, he resigned, just in time when he was about to be promoted as the new Plant Manager.

But there was no trace of regret with Francis’ decision because he finally pursued his passion in fashion. He worked in a jeans manufacturing company as the person-in-charge for dressing the mannequins in the show window. He then dreamt of joining the sales team. From the little salary he receives, he invested it on books. He also made sure to learn more about the industry. No doubt, he got the fruit of his perseverance in just two years. He was promoted to Sales, then later to Marketing, and finally became the General Manager.

“The most unforgettable experience in starting out anything, you would fight the odds. Odds are not just money or experiences. Odds are people who would like to pull you down. They won’t believe that you can do it. So, rather than encouraging you they would discourage you. Funny is you’re working for the same company ,you’re supposed to be working together but you guys are not helping out but you’re pulling me down,” Francis revealed his experiences before he made it to the top.

Creating a name in the industry for creating innovative designs was only the beginning of fulfilling his goals. At the age of 30, he became an entrepreneur. Francis founded a famous garment brand and ran it successfully for 17 years. He also ventured into retail of an Italian fashion brand and managed its marketing and operations for many years.

Speaking as a profession

After hearing his story as an entrepreneur, I can’t help but wonder why this successful businessman entered another world – public speaking.

What started from just a small bible group of 6 participants grew to a large number of people who love to hear his inspirational talks. In fact, his first talk (outside their bible group) was in a small grocery store. But this grocery store eventually became successful. It became supermarket at first then was transformed to a conglomerate and later on, established as a corporation.

Since then, he was doing about 100-200 talks annually for 12 years. He didn’t even actively advertise himself. It was just by word of mouth. What’s remarkable is he conducts the talks without even accepting any fees. He paid his own plane fare that time. And he says it’s because “all for the love of the game.”

One of the most successful talks they have conducted was the John Maxwell seminar series. This even led to the start of his new profession.  “John Maxwell got so amazed that he offered we represent him and do his training programs. So in year 2006, [I think] Inspire Leadership Consultancy, Inc. came into being, which required me to be an accredited, licensed and professionally trained speaker and trainer,” he recalled.

As a speaker and trainer, Francis averages more than 300 talks, seminars and training both here and abroad yearly. His latest talk will be a 2-day seminar-workshop with a comprehensive course on leadership training on May 25-26, 2016 in Shangri-la at The Fort. The training is designed to equip high potential leaders with effective and proven principles, behaviors and applications with the objective to develop the business organization’s most important asset – their valued people.

(If you would want to attend his leadership training, there will be a second batch. Announcement of date and venue will be published soon.)

Before I finished the interview, I was still wondering who Francis Kong when he’s not conducting inspiration talks. Good thing, I was privileged to ask him a few questions that would reveal his persona behind limelight.

Nadj: Who is Francis Kong when you’re not delivering inspirational talks?

Francis: A lot of people do not know this. They think that I love speaking and training, which I do, but my first love and great love is preparing lessons and learning. Read, attend seminars, prepare lessons, get excited with new things I can share with my participants— that’s what I really love doing.

Nadj: Aside from the things related to your craft, what do you love to do?

Francis: I love shopping. That’s the number one in my list. I love shopping because in shopping, a lot of people don’t see this; you see the evolution of culture. You see new stuff, new clothes, then you understand where the culture is bringing you. Like for example, I can see that elephant pants and wide pants are coming in for girls. So, that may mean skinny pants are on their way out.

Nadj: What’s your favorite item in your shopping list?

Francis: Watches. Watches are men’s jewelry and they appreciate in value. Watches remind me the preciousness of time. You wanna make use of time. You don’t wanna waste it.

Pen because it correlates with what I do. I love gadgets.I have 2 mini iPads, 1 iMac, 1 MacBook Pro,  a Smartphone; so all these are in preparation for what I do.

Francis:  It’s not people or anybody who inspired me. It’s envy and jealousy. Wanting to know na, bakit sila entrepreneurs?  bakit ako hindi? I don’t want a dead beat job. Gusto ko to create. I think one thing that drives me is the ability to create, to be creative, to innovate. So sabi ko, you cannot do that when you’re an employee; you can do that when you’re an entrepreneur.

Nadj: If you’ll be given a chance to describe who Francis Kong is before and now, what adjective would best describe you?

Francis: I think the Francis Kong of yester years was aggressive, somebody who is forward looking, someone who strives for excellence and quality. I would say that the Francis Kong of today is someone who’s even more aggressive, more wanting excellent to happen; but now packed with a lot more realistic experiences and wisdom, and with a large [large] network of connection of people that can make dreams and goals easier to achieve now.

Nadj: What are your top 5 tips for millennial?

Francis: (1) You have to have the ability to focus. Millennial today have very short attention span. To be successful in business, you gotta put your focus into it.

(2) You gotta learn how to converse. Millennial are very good at tweeting and posting but they’re so poor in conversing.

(3) You gotta stay away from FOMO. Fear of Missing Out. There is a proper time for everything. That’s why they messed up with their budget and money because they’re so afraid that they might miss out on something.

(4) YOLO is not productive. You only live once, yeah, it’s good; but what if tomorrow you still live? Buti nalang you die so you don’t have any problem? What if your life will gonna extend, where are you gonna get resources in preparation for your future years?

Nadj: Where do you see yourself 5 years from now?

Francis: I don’t see anything beyond tomorrow. I just plan what I have to do for tomorrow and do the best that you can be and I do have certain vision but they’re not that important. I take it one day at a time. I have goals I have plans but they’re very light on my agenda. What happens now and what I do tomorrow are the things that matter to me.  For me to plan 5 years from now, I think it will have to depend on where god will take me. But i go for where he wants to take me.

Immunizations at The Medical City