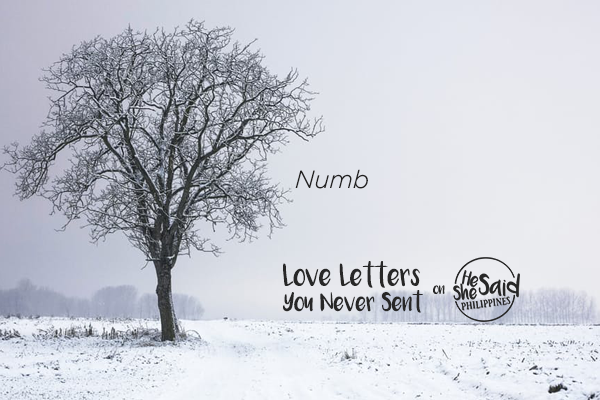 by Justin Veneracion | shared on He Said, She Said |

We tried our best to conquer that feeling. We started again. We made new ventures. We renewed ourselves. At the end, you knew that we were trying.

We almost broke up because of small things. We already exchanged bad mouths. We walked through the points of saturation. We understood. We still believed. You fought, but I already gave up. I felt numb. At the end, we knew that we tried.

I felt stronger. I felt relieved. I already felt myself.

When I already felt everything, it was the happiest moment because once in my life, I became brave.