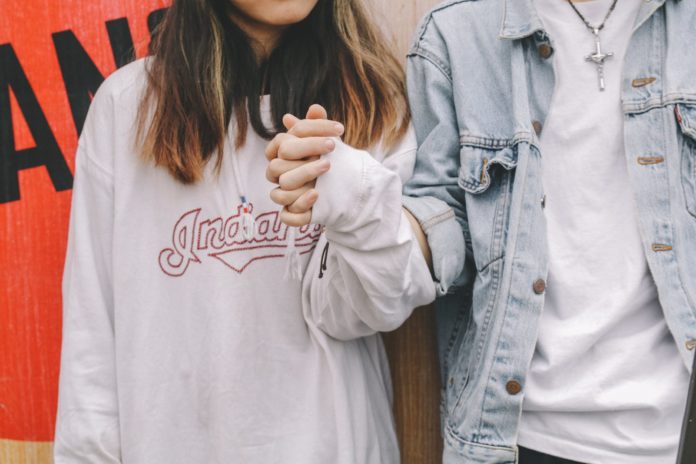 It all started with me having a crush on you.

I was stalking you a little bit. Looking with glimpses and so on and so forth.

I thought that there’s no chance for you to fall in love with me because you’re already in a relationship with someone. So I just stuck to only admiring you from far. We didn’t have the authority to control everything but then, as days passed by, there’s this unexpected thing that happened.

Would you believe again in destiny? Or keep hating it?

I didn’t have the ability to know what will happen next. But all I know is that I already started talking to you then it everything else followed.

You know, the conversation was too deep and both of us enjoyed it like we’ve known each other for a long time? There’s a time where you were going to talk about something so serious and tell it to me little by little. That was one hella crazy fun.

Throwing another topic there or sometimes there’s nothing to talk about but the conversation kept flowing like water. We just went with the flow.

Until one day, we both felt that there’s something different — but I pretended there’s nothing whenever you try to ask something.

It was nothing unusual but you knew my heart was throbbing so fast like, I was going to explode from happiness but at the same time nervous? The atmosphere changed into something more colorful but with an uncomfortable feeling.

Am I crazy or falling in love? Is it real or was it fake? Will you like me for being ordinary and kinda clumsy?

Because I’m not that sort of good looking or the ideal one, but all I have is pure love that cannot be compared to anything in this world. I overthink on such things. Sensitive by what I feel with my senses. Getting tantrums too fast but it can be fixed in just a short time. I’m also a person who is not easy to get and will test you sometimes.

There’s a time that we had a misunderstanding on some things, but you chose to be calm and just unwind yourself just to fix that. To be honest, we both got tired on challenges that came to us but you still tried to prove that it can’t stop you from loving me. You always said that you’re into me, but I didn’t believe it maybe because I have trust issues when it comes to that — and you chose to stay and pursue the love you want me to feel.

Do I really deserve you? Do you really deserve me as well? Because I don’t even know anymore. Since the day I met you, my little hope is to be with you and I continued praying for you and to the both of us till the end or for a lifetime.

Will you be the one that will last? Because I don’t want to be with someone else than you.