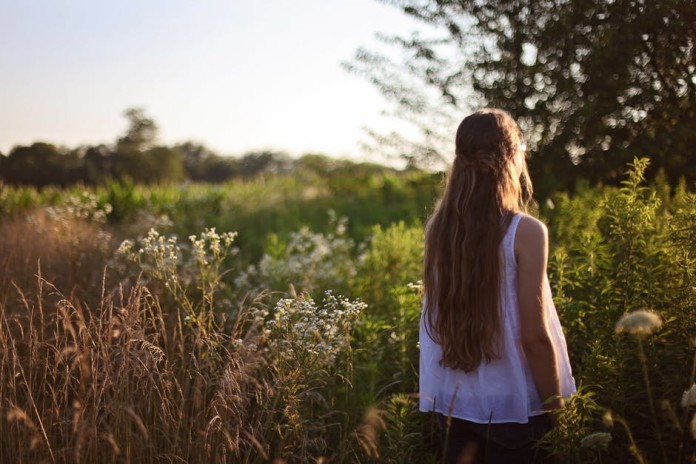 In this life, you’ll have to go through a lot of struggles, ups and downs, victories and setbacks, happiness and sadness.

In most of your relationships, you’ll have to experience happiness and brokenness. Yes, brokenness.

I’ve heard people say that one of the hardest things to do in life is to let go of something you thought was real. And you thought he was real. You thought that he was the guy you have been waiting for. You saw him in the form of an athlete- the guy who can play every sport you enjoy watching.

You saw him in the form of a musically inclined person— one who can play musical instruments and can sweep you off of your feet because of his voice (though it’s not a golden or a husky one, it managed to make you smile).

You saw him in the form of a smart lad who possesses intelligence (it turned out that he also has the ability to fool other people (and is such a j*rk)). And those things made you fall for him.

He wasn’t someone who was very sweet, but he had the ability to make you smile and laugh. You fell for his tricks, and too bad, you haven’t gotten up since.

Yes, it’s freakin’ hard to let go of him. It’s way too hard because you wouldn’t just let of of the figure of the guy you loved and whom you thought was real but also the people you have learned to love, trust and care for through him.

Believe me when I say I understand. It really hurts. As in you would feel the hurt deep down to your bones. As if anytime, you would just breakdown. It is not easy.

What makes it even harder is the fact that you have found out that he was just playing with you. That for him, you were just another girl he was using and after he’s done with you, you are nothing to him. That you are just this girl he is wooing because his girl is not with him… that hurts, really..

But the hardest thing is the fact that his friends knew all along that he was toying with you, but they just let him hurt you. His friends whom you’ve considered as friends already, but they freakin’ didn’t tell you the truth. As in, it’s total b*llsh*t, right? And right now, you are thinking that all of them are nothing but a bunch of total a**holes.

YOU ARE HURTING UNTIL NOW, RIGHT? It’s okay.

Feel the pain. Feel the immense pain. Cry, cry a lot. Scream if you wanted to. But in doing so, do not hurt yourself. There is more to life than pain. There are far more beautiful and more deserving people worthy of your love and trust than those bunch of people who hurt you.

Feel the pain now. It’s okay to be down until now, but learn how to get up again, okay?

Do not drown on your pain. There’s more to life than that. Choose to move on, gradually.

I know that you are still really hurting until now, but please, get up soon.

You may feel shattered now, but do not be shattered all the time. You can still be fixed and there is beauty in being fixed. Things will be different— beautifully different.

Everything’s gonna be okay, girl. So, move one… Learn to let go. Learn to move one.

I know you have released forgiveness already, but, it’s okay to be hurt whenever you see that guy and those “friends”—because you were true and they weren’t.

Do not do anything to hurt their feelings. Remember the Golden Rule.

So, lady, stand up after your pain, okay?

You are still hurting, but everything’s gonna be okay.